The Trail to Peach Meadow Canyon

Louis L'Amour brings you the west as you've never heard it before. Listen as he takes you back to the glory days of the frontier in the unabridged performance of a novella from the collection Rider of the Ruby Hills. With a special dramatic reading by Robert Stack, this adaptation brings listeners L'Amour at his storytelling best!

Young Mike Bastian was raised to be an outlaw. Now it is time for him to take over a crooked empire from his adoptive father, Ben Curry. But Bastian isn't sure he wants to be a cow rustler - especially after he meets the enchanting Drusilla Ragan. Can he defy Curry's legacy of crime? Bastian finds out the surest test of a man is whether he can walk alone. 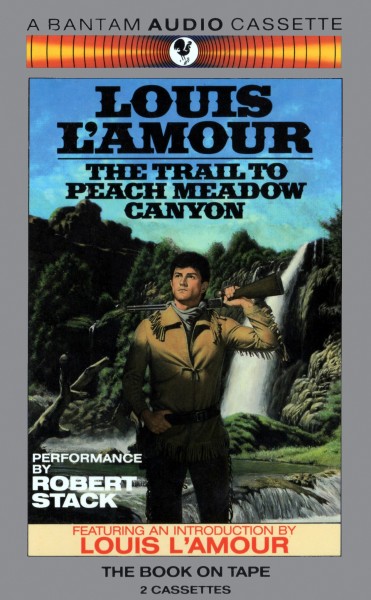