Val Darrant was just four years old the snowy night his mother abandoned him. But instead of meeting a lonely death, he met Will Reilly—a gentleman, a gambler, and a worldly, self-taught scholar. It was a cold, snowy night as he was hustled away on a buckboard to be abandoned. But he did not die; he met Will Reilly. A gentleman, a gambler, and the best rifle shot in the West. Reilly was a man who knew the odds and played them. But what were the odds on taking in a frightened young boy? For ten years they each were all the family the other had, traveling from dusty American boomtowns to the cities of Europe—until the day Reilly’s luck ran out in a roar of gunfire.

But it wasn’t a gambling brawl or a pack of thieves that sealed Will’s fate. It was a far more complex story that Val would soon uncover, one that touched upon Val’s nearly forgotten childhood, the woman who was Will Reilly’s lost love, and the violent future of a growing country.

In the new Postscript by Beau L'Amour, he recounts and shares the first version of the story concept. As Louis gradually added different layers and modifications over the years, you can witness the story taking shape and share in the excitement of its development into one of Louis' quintessential epic novels! 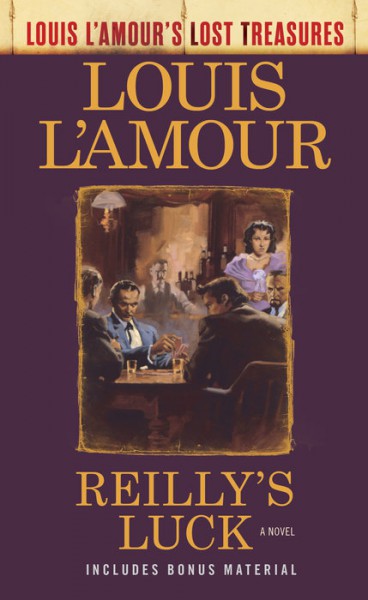