Red Butte Showdown: Selected Unabridged Stories from May There Be a Road includes four unforgettable adventures - Red Butte Showdown, Friend of a Hero, Wings Over Brazil, and The Ghost Fighter - all previously uncollected stories, now offered for the first time together.

In the title story, the sudden arrival of a frightened, fatherless boy at Gunthorp's cabin turns into a struggle to keep a seemingly useless piece of land out of the hands of a crooked rancher and return it to its rightful heirs. Friend of a Hero is the story of a detective who is willing to believe a woman's unproven story about her brother's death in order to find the painful truth in the seamy underbelly of a small town. Ponga Jim Mayo has found trouble again in Wings Over Brazil. When his ship, the Semiramis, is stolen, he stumbles onto the plot for a Nazi takeover of Brazil. In The Ghost Fighter , a look-alike takes the champ's place in the ring, but when the scam is exposed, it's every man for himself, and the winner gets the world heavyweight title!

Ranging from the coasts of Brazil to the very heartland of America, Red Butte Showdown: Selected Unabridged Stories from May There Be a Road exhibits the unbridled passion and the sheer genius of a true master working at the peak of his creative power.

This collection includes:
Red Butte Showdown • Friend of a Hero • Wings Over Brazil • The Ghost Fighter 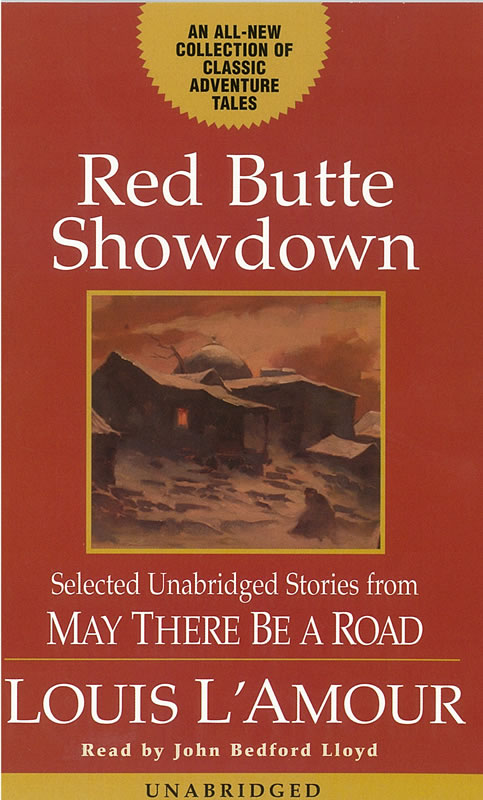