"Over the years I have been proud to write about the men and women of the American frontier. But I have written many stories with entirely different settings which I have long wanted to share with my readers.

"I have collected some of these in YONDERING. They are glimpses of what my own life was like during the early years. Those were the rough years; often I was hungry, out of work and facing situations such as I have written about.

"Although these stories take place in a variety of locales, they are stories of people living under conditions similar to the way they might have lived on the frontier. I hope you'll enjoy YONDERING."

"Placing all of Louis' "semiautobiographical short fiction" in one volume is especially important now because of the release of my father's first novel, NO TRAVELLER RETURNS, which is the final piece of the Yondering series."

This collection includes:
Death, Westbound • Dead-End Drift • Old Doc Yak • It's Your Move • And Proudly Die • Survival • Show Me the Way to Go Home • Thicker Than Blood • The Admiral • The Man Who Stole Shakespeare • Shanghai, Not Without Gestures • Off the Mangrove Coast • The Dancing Kate • Glorious Glorious • By the Ruins of 'El Walarieh • Where There's Fighting • The Cross and the Candle • A Friend of the General • Author's Tea • Let Me Forget... 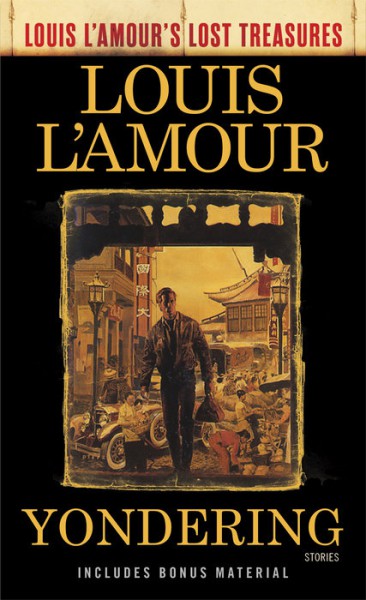