When beautiful Angelina Foley presents Tom Radigan with a Spanish grant and claims ownership of his land, he realizes he’s up against a cunning and deadly opportunist. Foley wants him off Vache Creek immediately, and with three thousand head of cattle, an outfit of hardcase gunfighters, and winter coming on, she is unwilling to take no for an answer.

But Radigan has worked four hard years building up his ranch. Fighting for it–and, if he has to, killing for it–is something he is more than willing to do. If Angelina Foley and her men think he is the kind of man to give up without a fight, they are dead wrong.

He was educated by life and bound to the land he loved. Then beautiful Angelina Foley came up from Texas with three thousand head of cattle, an outfit of hardcase gunfighters, and an old Spanish grant to Radigan's land. Radigan reasoned with them, stood up to them, and when they tried to drive him from his home he fought back, determined to make his enemies taste the bitterness of their greed, their stupidity -- and their blood. 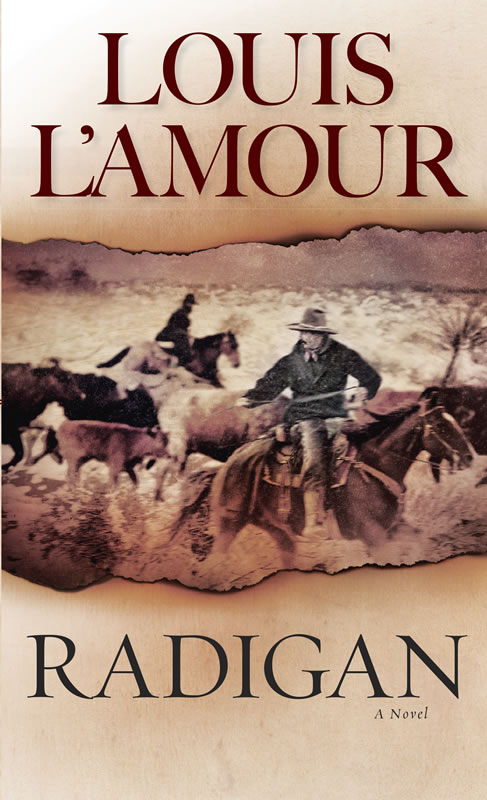