Courage on the Frontier

Each of the three stories in this boxed set is an exciting dramatization of a Louis L'Amour short story featuring all the excitement of the Old West -- deadly gunslingers, dusty trails, men and woman living on the edge in a brutal landscape -- each presented with authentic sound effects, dramatic music, and a full cast.

One for the Mojave Kid
Few men were as deadly, or troublesome, with a gun as the Mohave Kid. Ab Kale, marshal of Hinkley, had warned the Kid to stay away from his town. Even as he trained his own adopted son, Riley, to handle a gun, he worried for both of them. He knew the Kid was the bloodthirsty sort who would one day force a showdown. But he couldn't know when...or prepare Riley for the test of his young life.

Lonigan
In this exciting collection of short stories, Louis L'Amour, the legendary voice of the American West, celebrates the unique breed of men who worked the great cattle ranches. Men like Dan Regan, who refused to surrender when trouble came -- Con Fargo, who would fight for what was his--despite the odds -- Rowdy Horn, a small-time rancher with big-time dreams -- Tandy Thayer, too loyal to forget a friend ... Bill Carey, who might have fallen low, but not low enough to let the likes of Tabat Ryerson ride off with a woman like Jane Conway -- and in the classic title story, Danny Lonigan, a hard rider who faced a group of rustlers without fear--or mercy.

This collection includes:
One for the Mojave Kid • The Strong Shall Live • Lonigan 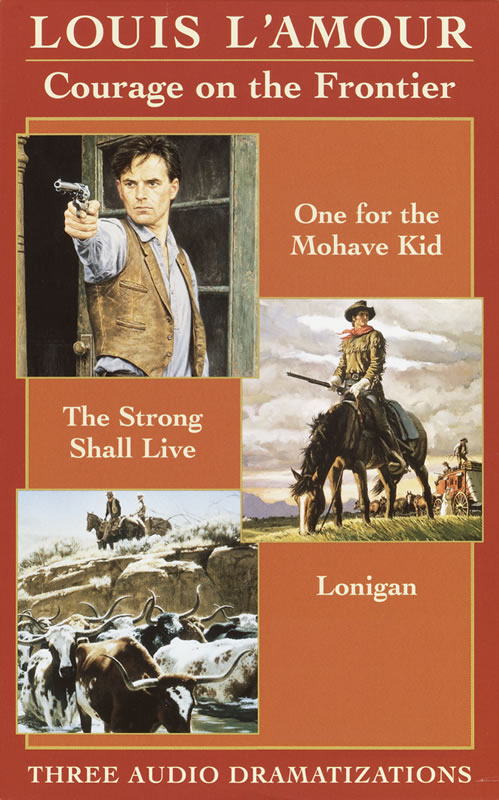