Macon Fallon had never needed more than a deck of cards, a fast horse, and a ready gun; he was counting on those things now as he led an unsuspecting group of settlers to an abandoned mining town. But while Fallon prepared to pass the ghost town off as a gold mine in the making, a funny thing happened: a real-life community started to take shape in the town he’d christened Red Horse. So when a band of vicious outlaws and a kid who fancied himself a gunslinger threatened to rip Red Horse apart, Fallon found himself caught in one predicament he’d never gambled on. He had come to Red Horse to make a quick fortune, but now he might have to pick up a gun and risk his life for a place he never wanted to call home.

In Louis L’Amour’s Lost Treasures: Volumes 1, Beau L’Amour takes the reader on a guided tour through many of the finished and unfinished short stories, novels, and treatments that his father was never able to publish during his lifetime. L’Amour’s never-before-seen first novel, No Traveller Returns, faithfully completed for this program, is a voyage into danger and violence on the high seas. These exciting publications will be followed by Louis L’Amour’s Lost Treasures: Volume 2. 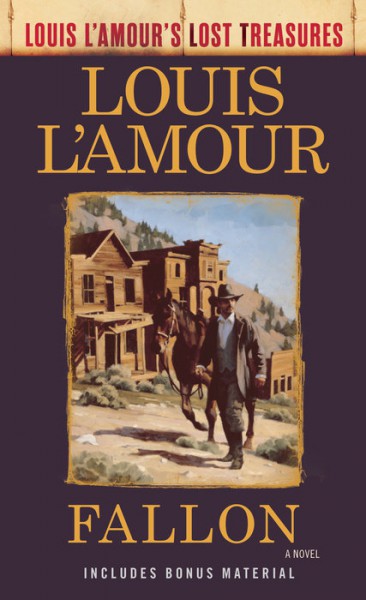