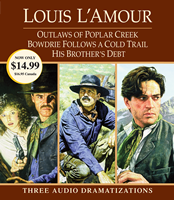 Outlaws of Poplar Creek
Set in a tiny hollow, surrounded by the steep clifs of Lee's Canyon, Fosdick's Store is essential to the people of Poplar Creek. But Lately, it's getting to be more than Moby Fosdick can do to run the place, raise his kids and stay on the right side of the wild Tucker gang who hide out in the hills above the canyon.

Bowdrie Follows a Cold Trail
When Texas Ranger Chick Bowdrie rides into a long-abandoned ranch, he discovers the skeleton of its owner. All signs indicate that he was murdered years before, and that his wife and young daughter were taken away by force. Bowdrie vows to bring the killer to justice and to track down the whereabouts of the missing women. The cold trail leads to hot lead in the town of Gabel’s Stop, where a hardcase rancher has been waiting sixteen years for the payoff of a lifetime.

His Brother’s Debt
Cattle rancher Ben Kerr wants Jim and Jack Casady’s prime farmland real bad. He’s offered them good money, but they won’t sell. When the Casady brothers find Kerr’s cattle grazing on their land, anger rises up like bile in Jack Casady’s gut and tempers flare. As Jack rushes up from behind to warn Jim of an impending ambush by Kerr and his cronies, he’s mistakenly shot by his own brother. Jim, devastated by his mistake, heads for the hills to do some soul-searching, haunted by the vision of the brother he’d gunned down. 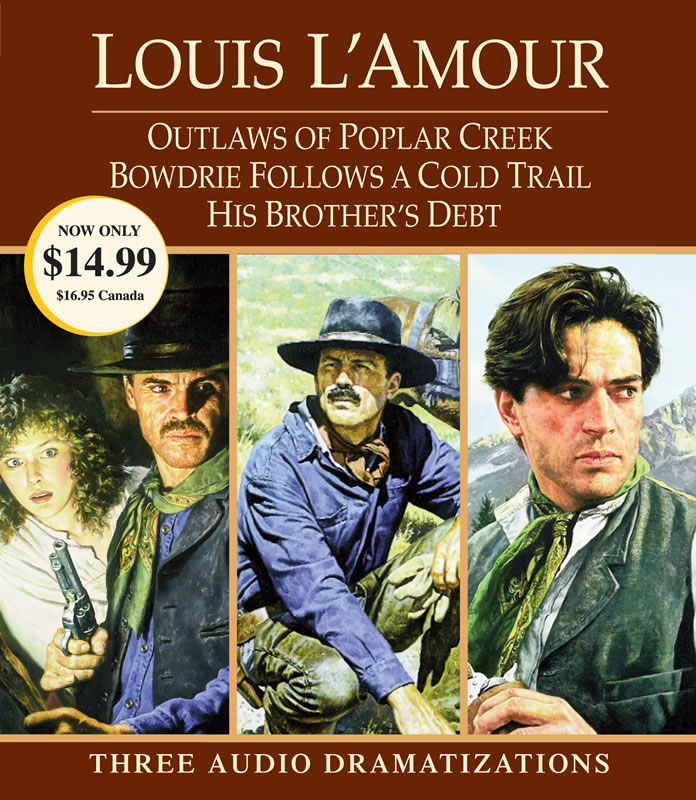