They are the unforgettable pioneer family created by master storyteller Louis L'Amour to bring to vivid life the spirit and adventure of the American frontier: the Sacketts, men and women who challenged the untamed wilderness with their dreams and their courage. From generation to generation they pushed ever westward with a restless, wandering urge, a kinship with the free, wild places and a fierce independence. The Sacketts always stood tall and, true to their strong family pride, they would unite to take on any and all challenges, no matter how overwhelming the odds. Each Sackett novel is a complete, exciting historical adventure, and as a group, Louis L'Amour's The Sacketts form an epic story of the building of our mighty nation, a saga that has thrilled millions. And now, for the very first time, The Sacketts are presented in an exclusive audio series that listeners will cherish for years to come. Son of a feared fighting man, Barnabas Sackett inherited his father's fiery temper, sense of justice and warrior skills. Declared an outlaw in his native England, Barnabas set his daring sights on the opportunities of the New World. The ruthless piracy of the open seas and the unknown dangers of the savage American wilderness lay before him. And so did the thrill of discovery and the chance to establish a bold new future if he survived.

John Curless, a veteran of the Broadway, Off-Broadway and London stages as well as American and British regional theater, has performed in the Broadway productions of The Sound of Music, The King and I and A Small Family Business. He has also made numerous appearances on television including the BBC presentations of Richard II and A Winter' Tale, and guest appearances on such shows as NYPD Blue. 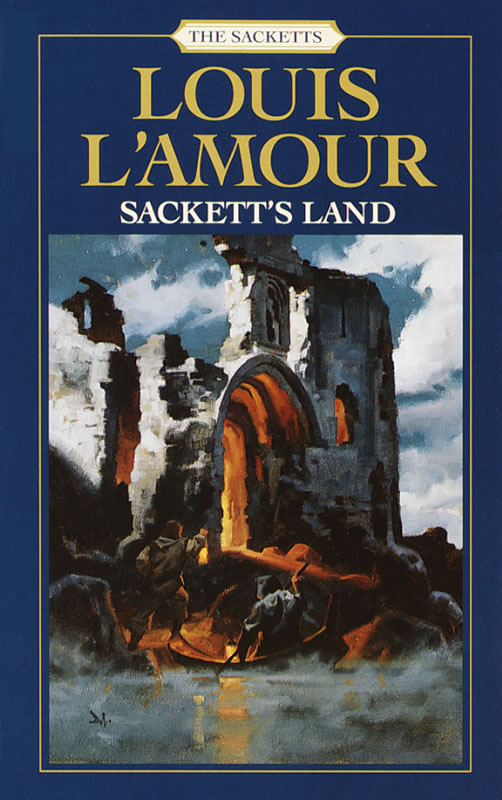