From The Listening Hills

In peerless fiction spanning five decades and as many continents, Louis L'Amour has proven himself the preeminent storyteller of the American experience. Whether set aboard a ship trapped in enemy seas or amidst a showdown in the deserts of Death Valley, his stories brilliantly capture the heroic and indomitable spirit of our great land.

From The Listening Hills

The twelve stories in this collection--appearing for the first time in one complete volume--run the spectrum of human emotions as they transport us from the fading majesty of the Old West to a small-town football field to the lonely canyons of one man's mind. These classic tales of adventure, mystery, mysticism, and suspense epitomize the uniquely American yearning for connection and roots, justice and love, as only L'Amour can. Here is a diverse group of heroes and traitors, outlaws and lawmen, the innocent, the guilty, and those who operate in the shadowy territory outside the reach of justice.

The wastelands of Death Valley form the backdrop for the tale of a desperate man who leads his pursuers into a desert trap--where heat and thirst are his only weapons. A rodeo rider framed for a crime he didn't commit takes a wild ride on a legendary bronco that may help him catch the real killers. An American pilot flies Russian and British agents into the labyrinthine forests of Asiatic Russia--only to discover that one of them is a traitor. A hit man discovers the fatal limits of friendship; and a quest for revenge becomes a frantic race to find a cache of gold hidden in the drifting sands of the Southwest. And in a powerful and moving parable, an Indian boy must lead his family across a drought-ravaged land with nothing to guide him but his faith.

The gripping title story counts down the final hours of a wounded man struggling to fend off his enemies and certain death. Before time runs out, he must finish the most important task of his life: a letter to his unborn son that will vindicate the family name.Filled with a special brand of passion and drama, From the Listening Hills is an exemplary collection that showcases the enduring talents of one of America's most beloved authors. JOHN BEDFORD LLOYD has appeared in numerous feature films including Nixon, Philadelphia, The Abyss, and Trading Places. He has also guest starred on the television shows L.A. Law and Law & Order. John is also a talented stage actor whose Broadway credits include Some Americans Abroad.

This collection includes:
From the Listening Hills • Down Paagumene Way • Too Tough To Kill • Sand Trap • Moran of the Tigers • Anything for a Pal 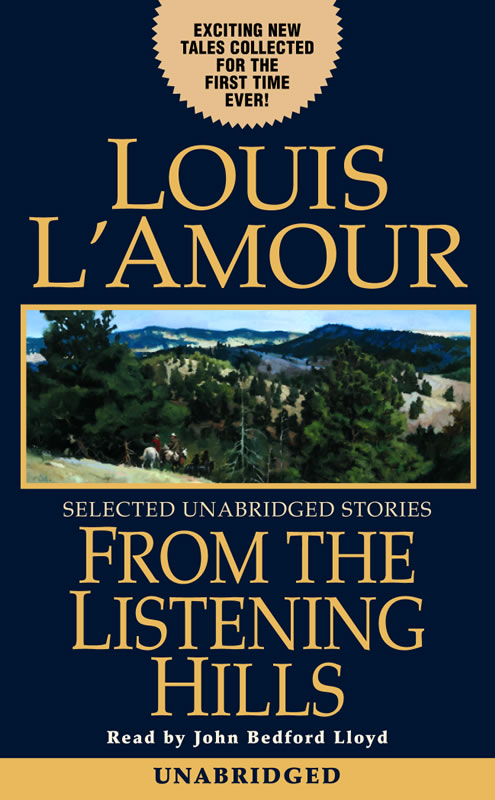