Louis L'Amour takes you back to the rough and tumble days of the Old West as you've never heard it before. A place with few rules -- where men and women are inclined to make their own. Complete with a full cast, stirring music, and dramatic sound effects, this exclusive production of Fork Your Own Broncs sweeps listeners back to a time when men earned their living by the sweat of their brows, and depended on the land to do its part.

Four-Card Draw
Allen Ring won the Red Rock Ranch in a poker game. But a man was shot in the back there a couple of years back. The murder is still unsolved, but someone seems convinced that Allen Ring has the missing answer. Ross Bilton was one of the men who found the body, and now he's the town marshall. Ring finds himself in the middle of a mysterious conflict-and maybe headed for a showdown with the marshall. 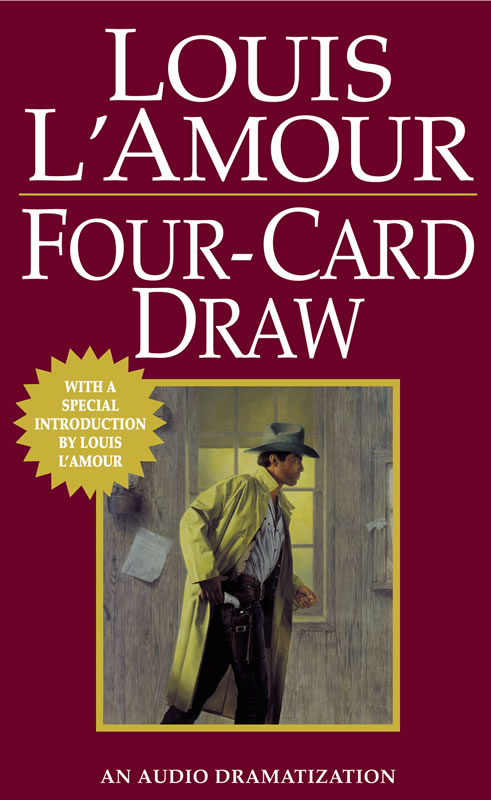